Games With Good Books Attached To Them

Reading is for nerds, right? Wrong. You don't need me to tell you why reading is fun and good for you, but you may not know what to read. Like video games? Like books? Well, over the past 15 years or so video games and books have been getting along rather nicely. We all know that video game movies are usually always dreadful, but the same can't be said for video game books. Some of the video game books I've read are so good that they can almost rival their source material.

One hazard to avoid is if the book is just a retelling of the game because more often than not the author didn't fully play or understand the game before writing. The best route for video game books are if they are a prequel, a midquel, or a sequel/epilogue to the events of the game.

BioShock is definitely a universe that can and should be expanded. The first book is BioShock: Rapture. BioShock: Rapture is a prequel to the first game that that takes place after World War II. The book focuses mainly on Andrew Ryan as he begins to create his underwater utopia of Rapture and Ryan's relationships with Sullivan, Frank Fontaine, and Atlas. A problem with the book though is that with some of the explanations of some of the events in BioShock Infinite and it's two expansions, Burial at Sea Episodes 1 and 2, this book may not be canonical.

The next book is BioShock Infinite: Mind in Revolt.Though I hesitate to call this one a book because it is only about 35 pages long that you can finish in a little under an hour. Mind in Revolt is still definitely worth the read though. If you are a fan of the game you will appreciate the further insight into Daisy Fitzroy and the city of Columbia itself. Columbia isn't the utopia it makes itself out to be and Daisy isn't the saint her people make her out to be.

The Last of Us: American Dreams

This one isn't a book in novel form like the rest of the books in this article, but rather in comic book form. American Dreams is a mini series that ran for 4 issues and is a prequel to The Last of Us. This mini series focuses on the start of Ellie and Riley's friendship that leads into the story DLC for The Last of Us: Left Behind. American Dreams takes roughly one year before the events of The Last of Us and follows Ellie when she is first introduced to Riley whist in her Military Boarding School.

The art style is quite appareling and isn't like how it is shown on the cover. American Dreams was co-written by Neil Druckmann so there's no question of whether or not it's canonical. The mini series was released periodically, but now can be purchased with all 4 issues in one big comic book. This is a must buy for any fans of The Last of Us.

I've already gushed about how amazing the Metro games were, but they actually started out as books. At least Metro 2033 did anyway. Metro Last Light wasn't an adaption of Metro 2034. Metro 2033was similar to the game, but also very different in some parts like how, in the book, Artyom only fires his gun on no more than 3 or so occasions. We know that's very different in the game. Also a pretty notable difference is the ending. SPOILERS:but it's the bad ending from the game.

Metro 2034is still a sequel to 2033, but instead of focusing on Artyom the perspective is shifted to Hunter, Artyom's man crush from the first game and book. It shows most of the events of 2033 through Hunter's eyes and new events he himself has to battle through. Hunter's character arch is actually pretty interesting and playing a game of his story would be amazing. Hint hint 4A Games for (hopefully) the next Metro game.

The Mass Effect books have actually been treated fairly nicely with the three I like the most being written by Drew Karpyshyn, but there are others written by another author named Marc Walters that I like as well. All the books act as prequels, midquels, and sequels. Most of the fan favorite characters make an appearance or brief cameo in at least one of the books adding to the complexity that Bioware already put into them in the games.

Though, just like with BioShock: Rapture, there's no confirmation that these books are canon. I can confirm to you right now that one isn't though. Mass Effect: Deception. Not only is this game factually incorrect to the game's lore it is also not a very well written book. It really is a stain on the Mass Effect legacy. At least one part of Mass Effect 3 was really bad. Just imagine an entire book like that AND the author couldn't even bother to get the lore right. That's Mass Effect: Deception. I had to go into paint and color over it. It doesn't deserve to sit with those other books. Avoid it at all costs.

Out of all the books I've talked about and going to talk about, the Mass Effect universe, needs to be expanded on. We know Bioware are working on Mass Effect 4 (or the next Mass Effect or whatever they are calling it) and these books can not only help explore and expand on already established lore, but also hold us over until the next Mass Effect game. There's so many secrets and mysteries hiding in this universe. Why not expanded on it?

I'm a pretty big Mass Effect fan and I can safely say that all the Mass Effect books that aren't Mass Effect: Deception are pretty good. If you are a fan of the games you should check these out. Even if you want to you can read these at a library. They aren't a tough read, but if I were to pull one negative from these books; it's that you will have to have played all the games to understand everything being said. But if you interesting in reading these you've probably already played through them all.

Right next to Mass Effect on a list of "Games That Need Their Universes' Explored More" would be The Elder Scrolls and we get two original books to help fit that fit that category. The Infernal Cityand Lord of Souls. The Infernal City takes place 40 years after the Oblivion crisis (The Elder Scrolls IV: Oblivion) and Tamriel is once again threatened by an evil force. This time by a floating city that casts a shadow and where ever the shadow is cast people die and rise again as a kind of zombie. With a premise like that you may or may not be turned off, but the book is actually pretty well written and feels like a good adventure worthy of The Elder Scrolls name.

Lord of Souls takes place directly after the events of The Infernal City. Though, I must admit that I haven't finished this one yet. I'm still recommending it though because so far it's even better than the first one and reviews for it say the same. If anything, check out the first book and if you enjoy it get the second one. They are both still better than The Elder Scrolls: Online.

Uncharted: The Fourth Labyrinth is a prequel to Uncharted: Drake's Fortune written by Christopher Golden. I'm a pretty big Naughty Dog fan starting from Jak and Daxter so I was both excited and skeptical when I heard about this book. Here we have your standard Uncharted globe trotting story following Nathan Drake and Sully as they look for a fabled treasure within a mythical Fourth Labyrinth, but with a murder mystery added to it.

This time time Nate and Sully are accompanied by the murder victim's daughter, Jada Hzujak. The "who dunit" aspect gives the standard Uncharted story a more fresh take. The author, Christopher Golden, was also able to emulate Nate's and Sully's personality's almost down to a T on paper. Nate's still the lovable jerk and Sully is still that really cool grandfather you've always wanted.

As good as the book is it still isn't as good as the main Uncharted games. The only game it's better than is Golden Abyss, but that wasn't developed by Naughty Dog. The book is missing a certain "je ne sais quoi" that you only get with Naughty Dog. But in the end I still recommend that you pick this one up if you are an Uncharted fan it's still pretty good. 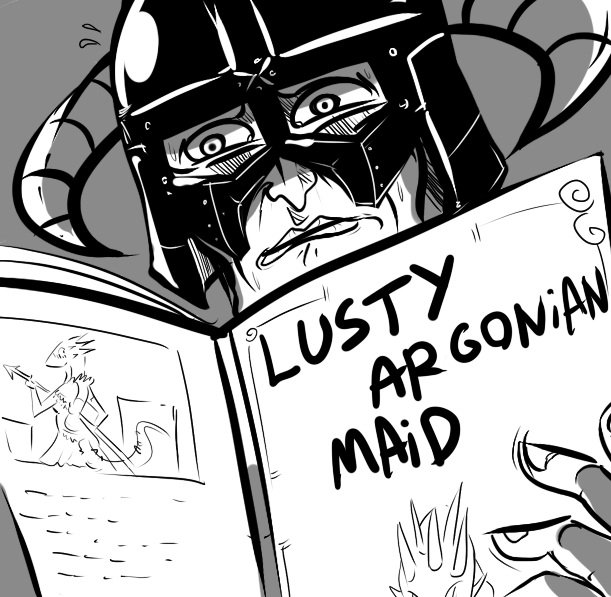 So in the end: video game books are pretty good, but if you want the REAL experience I'd advise you to play the actual game. Trust me. I'm a doctor man with a PHD in Video Games. If you want to read more into the lore of video games then you can safely bet on these books.

The Problem With LGBT Characters

The Fall of the Middle Market