Twists are wonderful plot devices. When done correctly their use serves a purpose that transcends the story and sticks with the audience for years to come. Taking such plot devices used by M. Night Shymalamadingdong has shown that these sorts of devices aren't just favorable to one industry. You know these twists, you're going to checkpoint A, checkpoint B, then it turns out checkpoint A really is checkpoint B and you're the illegitimate spawn of Checkpoint C who turns out was your sister's mom's second cousin, and you end up spawning a whole race of Checkpoint Ds. 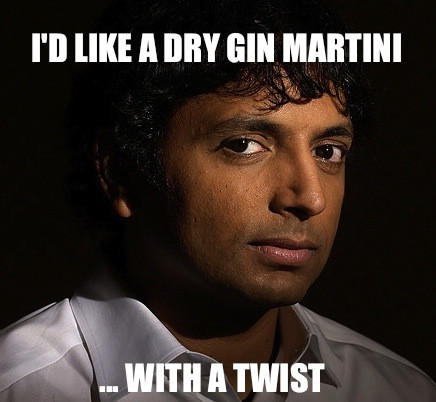 What if it turns out all those checkpoints were really dead though?

I present to you my top three brain-twisting twists with a dash of lemon with a twist and a twisty straw, twist?

Bioshock Infinite places you in the role of Booker DeWitt, an ex-pinkerton agent sent to the angelic, ludite spawned, racist city of Columbia. This wonderful floating palace is home to the rich, the poor, the blacks, and the normal people. Ahem...Booker is tasked with saving Elizabeth, a princess locked in a tower, guarded by a massive bird which likes to fuck with you at every turn. Elizabeth, however, holds a secret. With her magical pinky-less hand she can manipulate time and space to create tears in the fabric of time, allowing her and Booker to escape to infinite dimensions of Columbia to escape the evil clutches of her sermon-spouting religious father; Father Comstock.

The game sports a great story, with you dodging massive flying mechanical birds to zipping through time like some inter-dimensional Indiana Jones with a penchant for drinking strange liquids from bottles and throwing spinny hooks into people's faces! Starting off with a crazy entrance to Columbia and a strange baptism for Booker, almost killing him in the process, we begin Bioshock: Skyhook everything with a fucking pulse. Seems like Booker was hooked from the get go. Eh? EH?

After a long and arduous journey of escaping Comstock, fending off rebels against Comstock and finally fighting your way to him, Booker does what game protagonists do best and bludgeons Comstocks head on a holy water bowl. Symbolic as Hell, right? So here's where the twist comes in! Elizabeth is captured and Booker is launched through a separate dimension of Columbia. After returning to safe Elizabeth, it is alluded that Booker has been gone for a long time, and as such Elizabeth has managed to figure out the story, and all the little tidbits. SO!

Booker and Elizabeth plan to escape to Paris finally, but it turns out that that ain't on the cards for Booker. No baguettes and pencil mustache for him, non, non! Elizabeth leads Booker through a series of portals into the place where ALL other Bookers and Elizabeths from separate portals meet in an ocean of lighthouses. Elizabeth remarks: "There is always one man, one lighthouse, one city."

So in the end, Booker and Elizabeth escape the lighthouse ocean and then here comes the kicker!

COMPLICATED SPOILER AHEAD, DO NOT READ UNLESS YOU WANT HEAD TO IMPLODE:

Booker is taken to a similar baptism that he goes through in the beginning of the game. It is then alluded that Booker took a similar baptism many years before, but opted out of it because "dousing yourself in water doesn't absolve your sins." Booker becomes a gambling drunk, loses all of his cash, and realizes he must go to Columbia for a job to absolve his debts. HOWEVER. It turns out that YOU, Booker DeWitt, are in fact ZACHARY HALE COMSTOCK and that Elizabeth is Booker's legitimate daughter who Zachary Hale bartered with him over giving her to him as to erase his debts. HOLY FUCKING SHIT, KER-AZZY RIGHT?

The explanation goes like so! Booker DeWitt lives in an infinite number of dimensions. Each dimension is created when a decision is made. For example, if I drink coffee in this universe, another universe splinters off where I drink water, or coke, or piss, yum yum. The baptism that Booker goes through forked off in two ways. Booker refused it and stayed as Booker, the war-hero, and another in which he became Zachary Hale Comstock, founded Columbia, and mastered inter-dimension travel (hence why he's old as Gahndi's nutsack). In the end, Booker realizes that in order to fully kill Comstock, he must die, and with an army of Elizabeth's, he is drowned under the water and one by one the Elizabeths from Comstock's universes are erased from existence.

2. KoTor: Knights of the Old Republid: I AM YOUR FATH--YOU, I MEAN.

Knights of the Old Republic was a crowning achievement of Bioware. Sporting a control system similar to Mass Effect, it put you in control of one of the Old Republic's soldiers, an adept character who is tasked with stopping the evil agenda of Darth Malak, the apprentice to one of the most evil Sith lords in all of Star Wars continuity; Darth Revan. You spend a large portion of the game trying to fight you way through to Malak, learning about the characters, and your link to Bastila, a sexy jedi with a double lightsaber, a British accent, and a badonkadonk as round and hot as Tatooine itself. 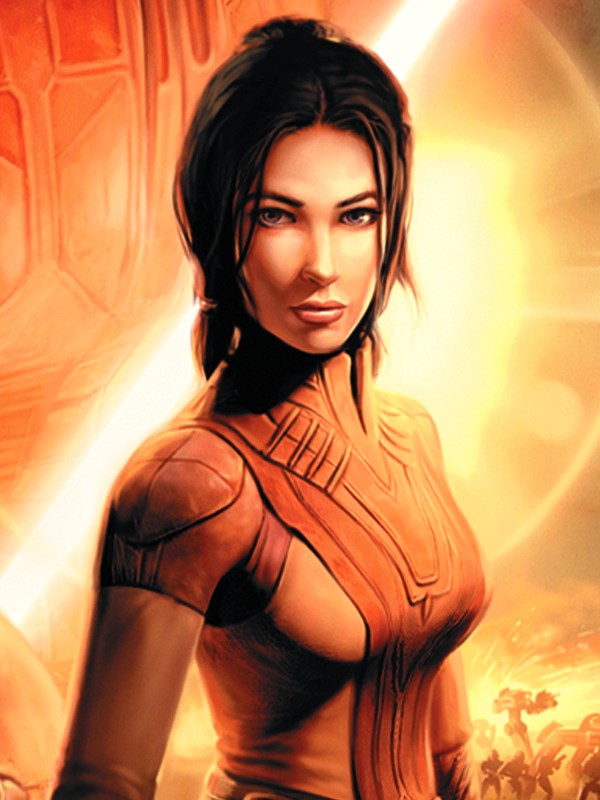 So you're working with a ragtag group of people to stop an Empire of evil. Bastila Shan was revealed to have killed Darth Revan in a large battle before the events of the game, however, this is the kicker:

YOU ARE DARTH REVAN

It turns out that Bastila only knocked him out and using the force, the Jedi council brainwashed Revan and wiped his memory and any trace of his actions as Darth Revan, thus returning him to his previous state of super-duper jedi hero. It was a twist that was delivered through hours upon hours of gameplay. But don't worry, it all ends well for our hero who saves the day and nothing bad ever happened to him again after that. He settled down and lived happily ever after and wasn't used to boost the sales of a dying MMO or anything.

The Old Republic what?

Silent Hill has been a franchise which has slowly sort of began to rot like the skin-walkers that populate the foggy town, apart from the Norman Reedus reboot cause that looks flash as fuck. However, going back it's roots, Silent Hill 2 proved to be a formidable, atmosphere masterpiece from Team Silent.

The story goes like this: You are James, a man who has lost his wife. After receiving a letter from her, telling you to meet her in Silent Hill, it becomes abundantly clear that that is where you're going. The game is like any other Silent Hill art, a worthy horrific endeavor choc-a-bloc with crazy characters and psychosis inducing horror.

The problem with Jame's wife is that she kicked the bucket a long while back thanks to the Big C. This meant two things; either it's a fake by some sick prankster, or it's the demonic spawn of Satan sitting in a rusted out warehouse, chopping up bodies and fucking leg-people waiting for you to show up.

The smart money would go on prankster, but this isn't smart.

James spends the whole game jumping through demonic hoops, from fending off Toblerone-man, to going through a demonic hospital with faceless nurses. After shooting and killing his way through an army of the undead, he finally makes it to his wife.

THE KICKER: Jame's wife has been dead all along and James murdered her out of some sick kind of euthanasia with a pillow.

Silent Hill has always been a game that looks in to its characters for their flaws, and the land has always been sort of a punishing, surreal world in which characters guilt mixes with the trans-dimensional horror, allowing the people to go in and out with some sort of dramatic change, except this time, that doesn't happen. The endings all come to a halting, depressive end in which your choices range from James driving his car into Toluca lake out of guilt, to saving the doppelganger of his wife, Maria, who ends up coughing like Mary did when she first started to get ill.

Isn't the world a happy place?

Those were the three biggest twist of gaming, for me at least. Watch this space for more articles.

Classic Games that Stood the Test of Time! Part One!

Games With Good Books Attached To Them