One of the great things about PC Gaming is the amount of games in Early Access.

For those not familiar with Steam's Early Access system, developers release their unfinished games at a reduced cost at both benefit to the user and the developer.

The user is essentially an In-Dev Tester(yes that means broken games) and they get the game once it becomes full release. This series will feature games in Early Access as I get to them. And there's a lot. 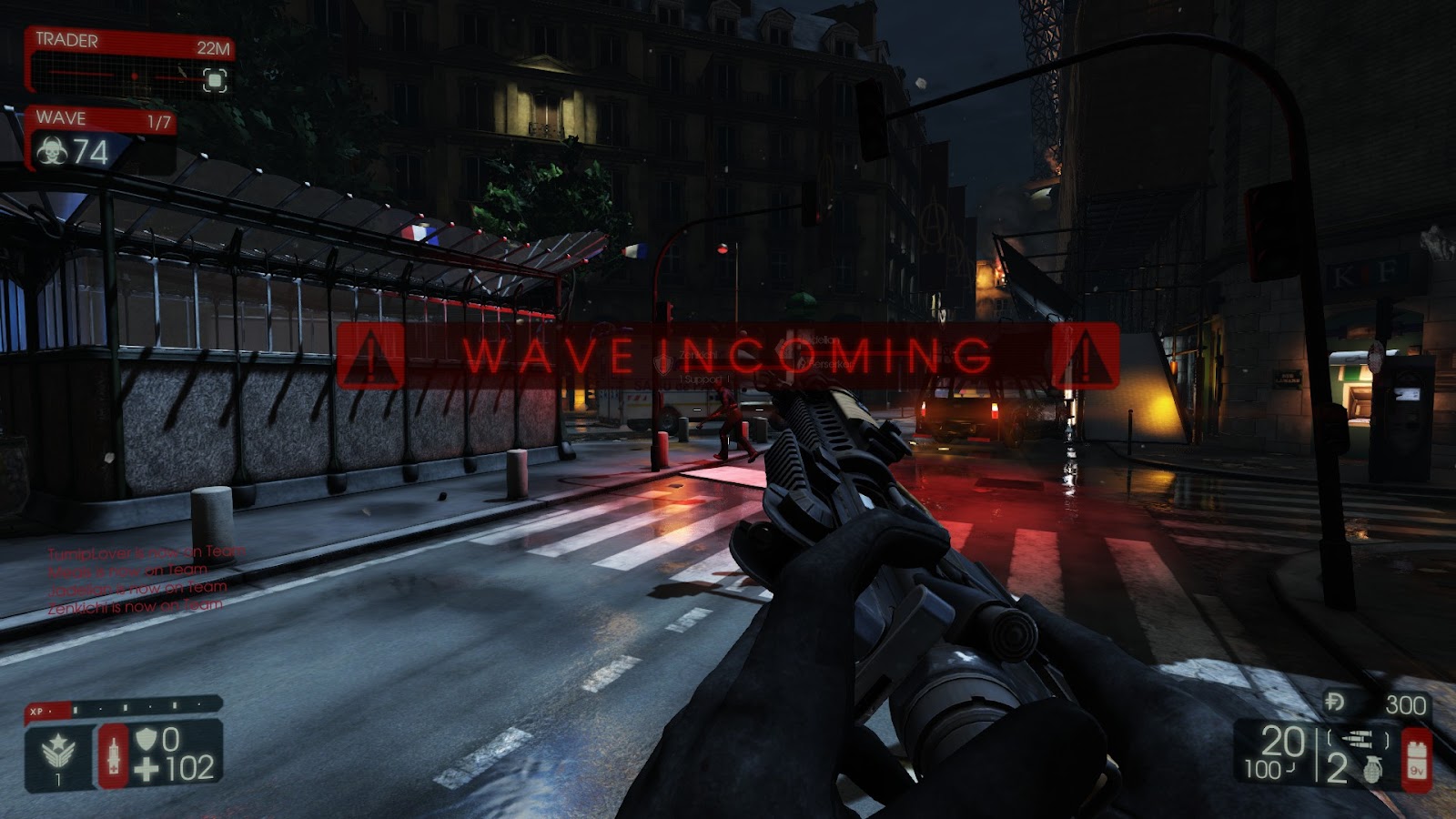 Developed by Tripwire Interactive Killing Floor 2 is kind of like Left 4 Dead and Call Of Duty's Nazi Zombies had a Super HD and over the top cRazY baby.

The gameplay is solid. Running around the maps aiming down sights and blowing apart heads feels very satisfying. Teamwork is made very essential in KF2. While a solo mode is available I wouldn't suggest it, even on Normal difficulty, you're gonna have a bad time. These are very similar characteristics to the original Killing Floor although I'd say KF2 is a more fluid experience.

Visually this game is amazing. If you told me this was developed by a AAA developer I'd believe you. Above you can see me blowing apart the head of a Siren in Slow Motion. The picture really doesn't do it justice but the gore effects are very very nice.

The enemy types is something else to consider. At this point in the early access stage the game features the standard Zed, Scrakes, Fleshpounds, Sirens, Crawlers, Stalkers, Sirens, Bloats, Gorefasts, Stalkers, Ranged Zeds(who I cant find the name of) and  the newest addition, an end level boss.

Going by the name of Hans Volter, this is one boss you should not take lightly. Multiple times I've been blown up, shot or poisoned by Hans Volter. While difficult to defeat Hans is that much more rewarding a kill. The difficulty in KF2, I think, is just right.

After you and your team destroy those enemies that have spawned, after each round you are then prompted to go to head to the trader with all that Dosh you've earned.

Weapon variety is something Tripwire definitely needs to work on.

Being the crazy over the top gory shooter this game is, my commando class felt no love in the crazy weapon department. Although there is decent variety, it got boring very quickly knowing that every time i played I just had to save up enough Dosh for that SCAR-H to be destroying zeds effectively. Keep in mind, this is early access, so there's a very good chance more content is coming. Map variety also needs to be improved at this point in time.

I didn't see any. Other than the fact that the matchmaking doesn't seem to be 100% working yet (sometimes I'd get thrown into games outside my search preferences) this game is virtually glitch free. This is probably one of the first times I've looked at an Early Access release that is actually very stable. Good on ya' Tripwire!

-Killing Floor 2 is just great. As far as an early access release, probably one of the best.

-The gameplay is solid feeels great and offers enough variety in weapons and enemies at this point in time to be satisfying.

-It's visually amazing with great lighting very high quality water and gore effects that are all so shiny I couldn't wait until the next Zed exploded.

-I think what makes this game even more amazing is how impossible they made winning, without a team. This is a real co-op survival shooter.

If you are the kind of gamer who likes blowing apart zombie heads with shotguns or slicing them off with military shovels, Killing Floor 2 is a must buy. I would suggest getting it soon, as the price will only go up. Just pray Tripwire adds more content before the full release.

The Evil Within: A Love Letter to Horror

Games To Check Out - Eternal Winter