You'll Wish You Could Wake From These Neverending Nightmares

I found out about Neverending Nightmares from an interview my friend Drew Dixon at Gamechurch.com did with creator Matt Gilgenbach at PAX East. In the interview Gilgenbach talked about how the game deals with his struggle with mental illness, OCD, and the things that people deal with while suffering with these illnesses. The game is a black, and white horror side scroller. The opening scene is a close up of a girl with her eye widening as blood comes out of her mouth. The next scene we see is her being stabbed with a knife. Our protagonist wakes from the nightmare. He is sets up in a bed with only candles lighting the room. You walk through this mansion of a house some rooms and hallways are the same. Gilgenbach is showing the player what it is like doing the same thing over and over again. Just like someone who suffers from OCD. 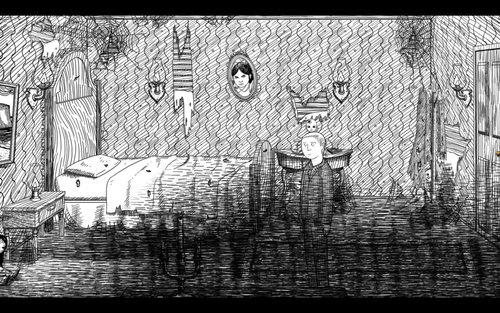 As the game goes, you wake up from nightmare after nightmare. This is just like what someone with mental illness feels, that nothing ever gets better, they only get worse. As so does the upkeep of the house. The house looks more abandoned as the game goes on. Some people that are depressed neglect simple house work. Just as their mind, the dwelling place becomes tattered, torn, and broken. 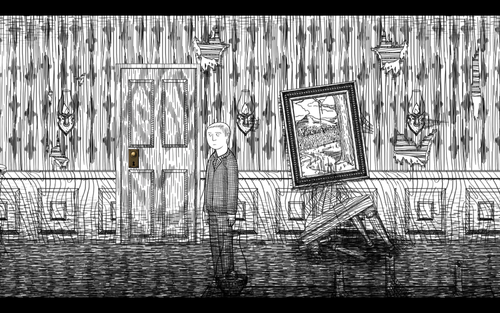 Gilgenbach captures the horrors of self harm and suicide in a way that can only be seen in the eyes of the suffering. People see cuts on a wrist. The suffering sees their veins being pulled out of their arms. Or finding your loved one hanging from the rafters. Their eyes see it in the darkest of ways. 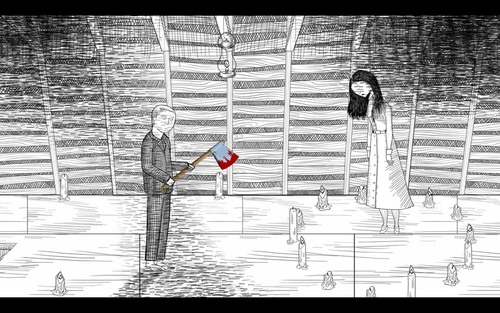 There are things that haunt us. For some, their childhood can cause recurring nightmares. No matter how much we run, and hide from them. They will always find us. 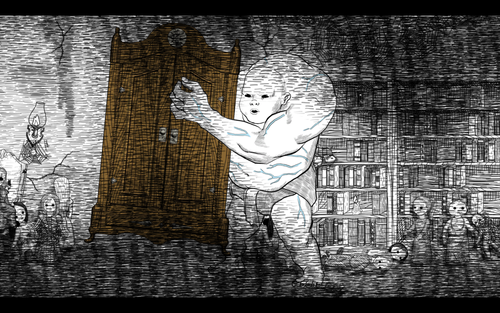 Gilgenbach even shows horrors of the people who suffer, and have to be institutionalized to a mental hospital, and how scary that can be. 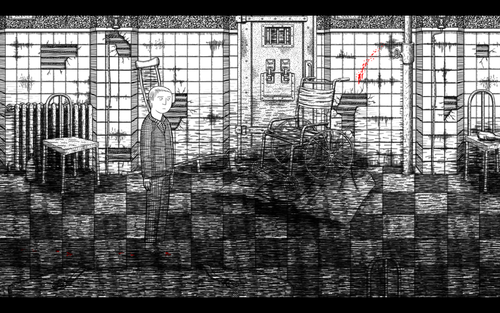 Gilgenbach has captured what the horrors of mental illness in a way that someone who does not suffer can start to understand. As well those who are suffering feel less alone. For many who suffer they feel as if God has forsaken them. Gilgenbach uses this theme throughout the game. He uses this theme from a bible verse Psalm 22 “A psalm of David. My God, my God, why have you forsaken me?" 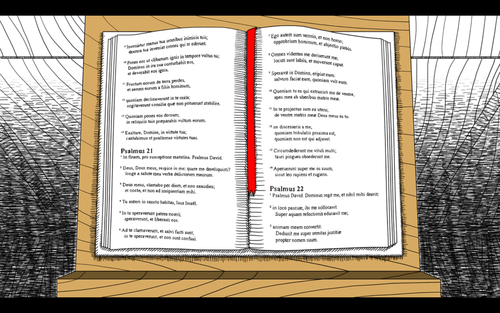 Some find their faith again, some abandon it completely. Gilgenbach explorers those scenarios with three different endings. Just like many other games in the last few years, the destinations that you make in the game change the outcome of your ending. In life we face those same destinations. For some it is harder to see the positive side of life, and never wake up from the nightmare. 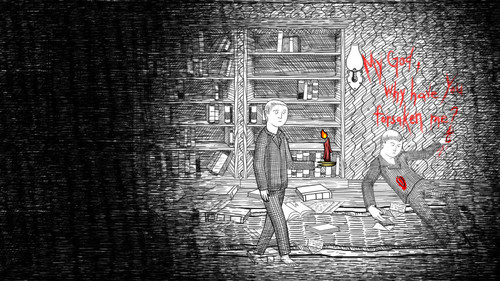 Though some fight their demons, and find hope, as they wake up from what they can just describe as neverending nightmares. 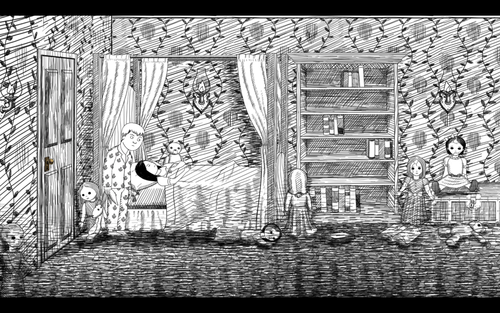 Watch my friend Dylan playthrough the game on his youtube channel Yub Plays.

Watch Matt Gilgenbach's developer diaries of him talking about his live making game, and dealing with mental illness.

You can buy Neverending Nightmares on Steam, Humble Bundle, as well as OUYA.